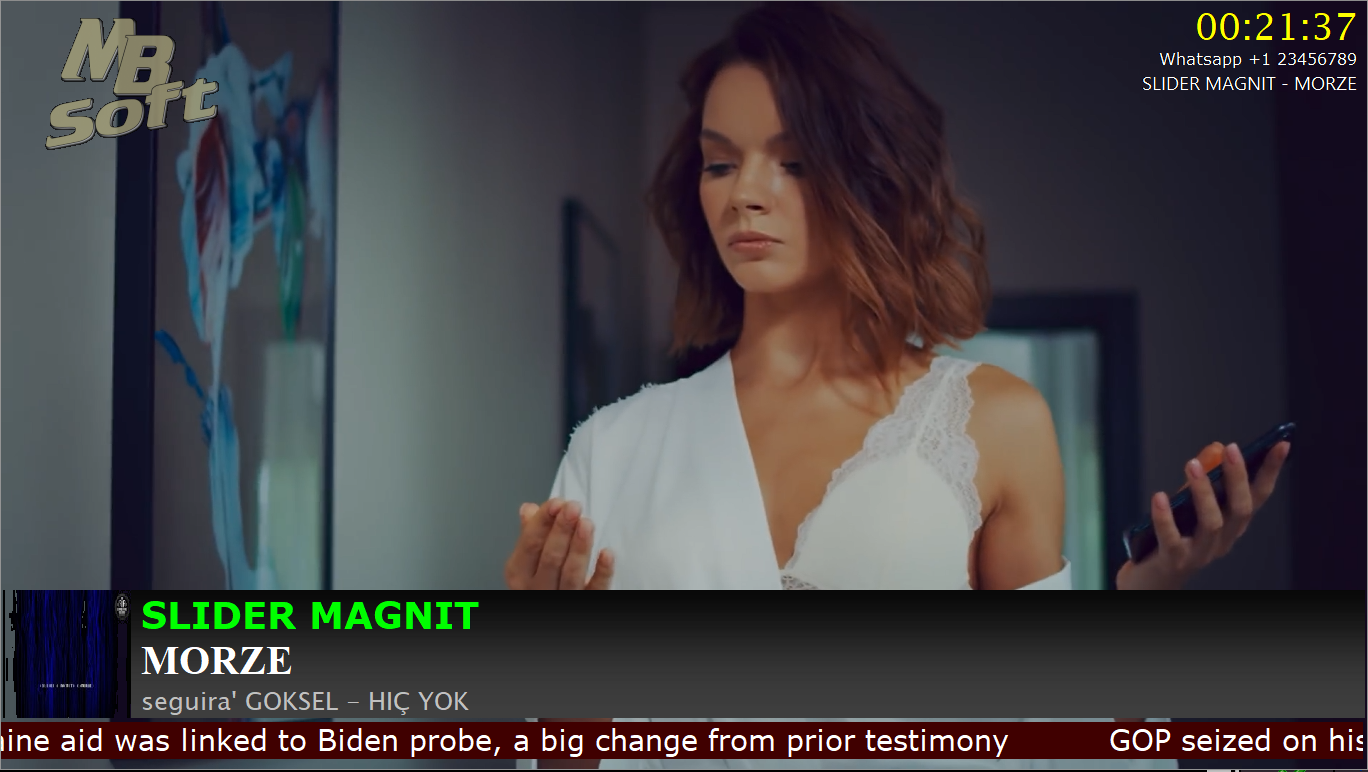 MB STUDIO allows the reproduction of video files through the purchase of an optional Video plugin. The Video function can be added to MB STUDIO HOME or LITE or PRO.

With the video plugin you can schedule video files anywhere in MB STUDIO / MB SPOT with the same characteristics as the audio files. A video file can also be programmed in Voice Outro, Voice Track, Voice Intro mode and is reproduced with audio and video superimposed on the file that is on the air (as in the picture above).

The video output is directed to an independent window, adjustable in size, expandable to full screen, captured by external applications and encoders.

It is possible to set the display of titles and the logo and capture the video of a webcam.

Being the first version released the plugin for now does not allow some functions (which can be done by remoting OBS STUDIO):

Technical features of the video plugin:

The video plugin requires the installation of the klite codecs: https://www.codecguide.com/download_k-lite_codec_pack_standard.htm