PLAYLIST - HOW TO CREATE A PLAYLIST FOR THE FUTURE

So let's see how to prepare for example 7 playlists of songs for the next 7 days:

1) prepare the original playlist containing random songs, jingles and everything we need: 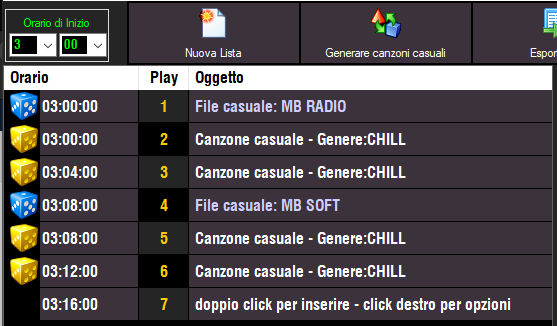 2) adjust the broadcast time and date of the first future playlist: (always specify a future date with a unique start / end date as this playlist only needs to be broadcast once) 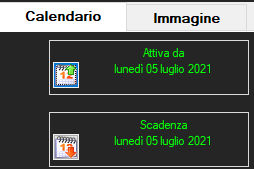 5) we save the playlist with a title and a comment and if necessary we export the playlist in .csv format to send it to the speakers who will have to record the voice track interventions.

6) well, now the first playlist has been created and we can create the chronologically subsequent one (for example the one for the next day) then go back to point 2) of these instructions, set the new date and the new time and continue with points 4) and 5) for all the playlists we need to generate.

But be careful, since we must do everything possible to respect the rules of musical distance between the same interpreter, title, abum etc etc we must observe some rules when creating playlists for the future.